Welcome to The European Network of Prosecutors for the Environment

The ENPE initiative arose from a conference in Durbuy in Belgium in May 2011, organised by the European Commission, entitled “Combating Environmental Offences”. The conference was organised for the Commission by the judicial training institute of Belgium, the Instituut voor Gerechtelijke Opleiding (IGO) and the Institut de Formation Judiciaire (IFJ). A number of prosecutors from various Member States were brought together to discuss the formation of a prosecutors network along the lines of the European Forum of Judges for the Environment (EUFJE). There had been calls for such a network for some time. At their annual conference in October 2010, EUFJE, who were extremely keen to encourage networking and the formation of a prosecutors forum, invited prosecutors to a special session at the end of their conference to discuss a way forward. Also the International Network for Compliance and Enforcement in the Environment (INECE) called for a Green Prosecutors’ Network at the conclusion of their 9th International Conference in Vancouver in June 2011. 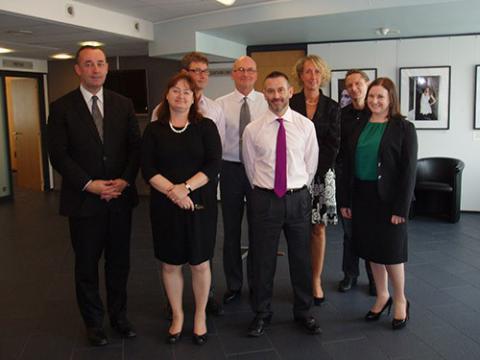 The group was representative of another forty or so corresponding members across Europe who had joined an on line environmental prosecutors’ network. Ms Marianne Wenning, Director of Legal Affairs and Cohesion at Directorate General Environment (DG) Environment, attended the meeting to witness the signing of the statute, and to advise on how the network could best work with the Commission, and with European Union (EU) Network for the Implementation and Enforcement of Environmental Law (IMPEL) as well as EUFJE. The prosecutors’ network completes the chain of representative bodies across Europe for those involved in tackling environmental crime, from enforcement officers, through to prosecutors and on to judges.

In July 2015 ENPE began a 5-year project developed with the contribution of the LIFE financial instrument of the European Community: LIFE-ENPE (Ref. LIFE14 UK/000043). With partners from the Environment Agency (England); The Environmental Protection Agency (Republic of Ireland); The National Environmental Crimes Unit (Sweden); EUFJE and the Dutch National Prosecutor's Office for Serious Fraud and Environmental Crime (Netherlands); this project formally established and extended the ENPE network over the five-year period of its duration, putting in place strong foundations for further operational activity for future years to come. Funding from the EU Life programme enabled a series of key objectives to be realised to improve consistency in the prosecution of environmental crime across Europe.

On September the 1st 2016, the ENPE organisation was formally incorporated as a Non-Profit International Association, ENPE aisbl, following the provison of a Royal Decree, in Belgium. ENPE aisbl is registered in Scotland House, Rond Point, Schuman, Brussels and seeks to: